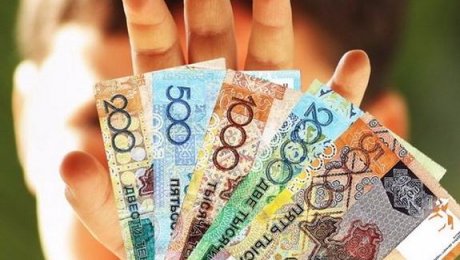 According to Minister of Labour and Social Protection Tamara Duissenova, the draft law aims at improvement of the social and pension legislation to ensure adequate standard of living of the citizens at the retirement age as well as strengthening actions in support of the families with children and the vulnerable social categories.

"In accordance with the Head of State's instructions mentioned in the current Address, the pension amounts will increase in three stages in 2017-2018", Duissenova said.

The minister advised that at the first stage, since January 1, 2017, the amounts of labour and basic pensions have increased by 9pct and 7pct respectively. The second stage, that will start in July 1, 2017, entails rise in labour (11pct) and basic (13pct) pensions. This will result in pension valorisation by 20 per cent since July 1, 2017 as compared to the pension amounts of 2016.

"That is to say the amount of the minimum pension will be equal to KZT45,711 and the average pension will reach KZT66,776. And this valorisation will affect all pensioners, i.e. over 2 million people.", Tamara Duissenova highlighted.

Furthermore, the minister said that the maximum amount of income considered for assignment of retirement pension will rise from 41 to 46 monthly calculation indices since July 1, 2017.

The third stage of valorisation will start since July 1, 2018 as it will be related to the change of the basic pension assignment procedure.

"Presently, the basic pension in equal amounts is assigned to the people of the retirement age. With the new approaches, the amounts will differ against the experience of participation in the pension system included in the work records before 1998 and the period of pension deductions to the Defined Contribution Pension System after 1998. The basic pension will be recalculated for all pensioners based on the work record before 1998", Tamara Duissenova summarised.

The article is taken from http://www.inform.kz/en/majilis-approves-draft-law-on-increasing-pensions-and-allowances_a3027149

More in this category: « At end of exhibition NC Astana EXPO-2017 to report on invested money Kazakhstan nuclear industry: Status, problems, prospects »
back to top
FaLang translation system by Faboba