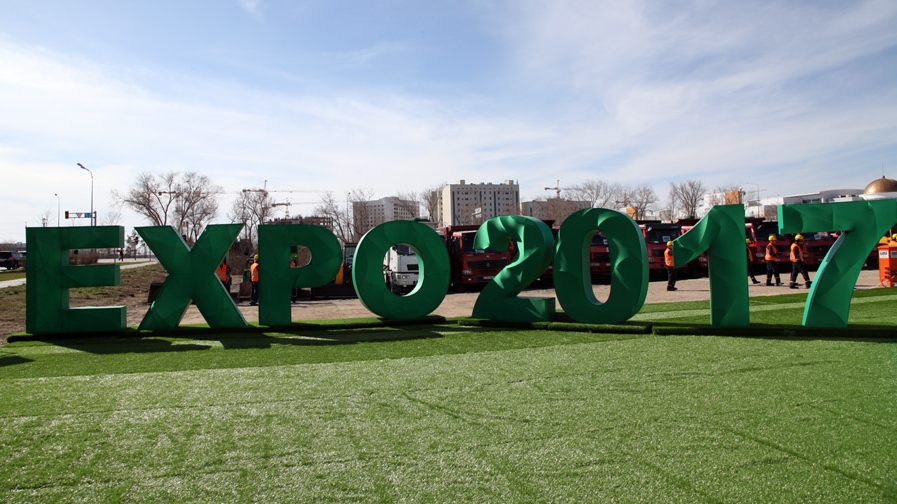 Four months last before the opening of EXPO 2017, can assure that process is well under way. Now 18 international organizations and 112 countries confirmed the participation from which 108 already appointed the commissioners.  100 agreements are signed, 75 countries reserved dates of national days. Over 90 concepts of national pavilions are received. The public council was created in December, 2015, and in January of 2016 we began the work. In this case NC Astana EXPO-2017 is the first company from quasi-public sector which has the Public council. The work is clear: there are answers to all questions.

"There is an active interaction of the population, business and the national company. It is a big plus. Proceeding from our joint efforts, the Government will consider the recommendations as we proceed from interests of society. Following the results of carrying out the EXPO we will make financial results known and, having reduced to a certain denominator, we will consider, whether purposefully public funds are spent. Our Public council will help to discover it,” Sydykov reports.

As the rector notes, EXPO-2017 will give a powerful dynamics for culture of perception, there will be a reassessment of situation in power.

"Unfortunately, now we don't perceive seriously the available problems, but it is necessary to understand the need of transition to the complete power sources.

Renewable energy resources are in the center of attention of the whole states and the global companies. In spite of the fact that crisis suspended investments into an oil-and-gas sector for 400 billion USD, investments in 2015 in RER are 330 billion USD. If today on average in the world they occupy 15% in a general share of power, then by 2050 50% are expected,” Erlan Sydykov considers.

One of the main thematic EXPO-2017 pavilions in which advanced technologies will be presented in Future Energy is a zone of the best the practices. In September of last year 24 best projects from 13 countries (Kazakhstan, Russia, Austria, Hungary, Great Britain, Germany, India, Italy, Finland, Canada, Poland, France and the USA) were chosen. The famous figures in the field of world power and prominent scientists, including two Nobel laureates – professor of the University of California in Berkeley George Smoot and the CEO of The Energy and Resources Institute Rajendra Pachauri were a part of Commission who assessed it.

The task of Public council is to organize participation of people in an exhibition in order that people left with new thinking from there, the chairman and tourism development within the exhibition said.

"The public council deals with EXPO role issues for further tourism development in Kazakhstan as it will become one of important sources of the income for the covering of the big investments connected with this project. We try to do everything possible to provide the international tour operators with world name information, and their task is the publication of packets for the EXPO in wide sources. For this purpose we suggest to authorize one national organization in Kazakhstan to carry out DMC role. It as the main general agent, will be responsible for product quality on the place before foreign tour operators. The solution of the task is the government` s objective,” the rector in an interview to Kazpravda reported.

He added on tourism in Kyzylorda region, in particular on Baikonur Cosmodrome.

"The Kyzylorda region has all prerequisites to develop internal and external tourism. No doubt, that the Baikonur Cosmodrome during an exhibition will become the main point of an attraction of tourists. From this year for the first time of all history, seven domestic tour operators acquired the right to participate in creation, forming and sale of tours to the Baikonur complex.

For full tourism development in the nearest future the joint program on tourist appeal of Baikonur will be approved by the interested state agencies of two countries. That the most important, the issue of reducing terms of consideration of requests for the admission of foreign tourists on the Baikonur complex from 45 to 10 days is almost resolved. We also made this offer in the draft of recommendations to the government,” the chairman added.

Let's note, on an exhibition 2 million visitors and over 5 million visits are expected. From them 85% will be citizens of Kazakhstan, about 15% (350 thousand people) are foreign visitors.

The public council also suggested approving legislatively the minimum quota of Kazakhstan workers on the projects realized within Kazakhstan. Annually we build tens objects at which both foreign builders, and foreign suppliers for some reason work. But we have own high-quality products.

"I consider that the organization and construction of facilities of the EXPO became "a litmus piece of paper" which revealed both pluses, and minuses. Therefore in the draft of recommendations to the government we suggested to fix in a legislative order obligation of participation of domestic producers in construction of facilities within the projects which are implementing by the republican budget, to approve the minimum quota of Kazakhstan workers on the projects realized within Kazakhstan,” Erlan Sydykov summarized

The aricle is taken from http://bnews.kz/

More in this category: « Kazakhstan Majilis to consider the law on land provision for fall of carrier rockets parts Majilis approves draft law on increasing pensions and allowances »
back to top
FaLang translation system by Faboba