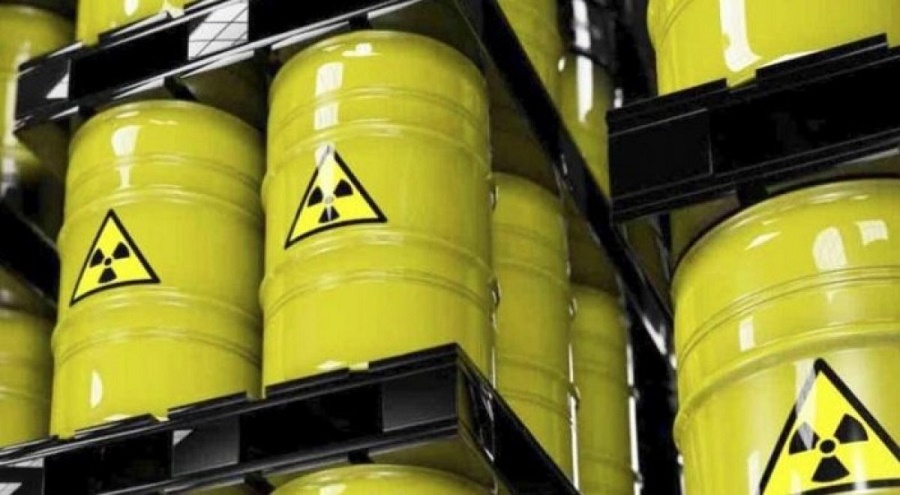 Nuclear industry of Kazakhstan is one of the most leading resource branches for all economies of the world. Kazakhstan takes the second place in the world on  reserves of natural uranium. BNews.kz correspondent reported about what prospects of development of this branch in the country.

It is known that 12% of all reconnoitered world reserves of natural uranium are concentrated in Kazakhstan subsoil. Extraction of uranium - one of the most developed directions of the country. However much of it in the world market high volatility of the prices and an imbalance of supply and demand is predicted. The Minister of Energy of Kazakhstan Kanat Bozumbayev told about development of branch in the country.

So, the chairman of Committee on environmental issues and environmental management of chamber Gleb Shchegelsky has noted that by the Ministry of Energy together with the National atomic company "Kazatomprom" it is done and very great job on preservation of the leading positions in the world in production and supply of natural uranium to the world market, and also on preparation for forming of a full cycle of creation of the nuclear fuel which is most using own resource base is carried out.

According to him, the uranium branch with the developed infrastructure and highly qualified personnel has been created in Kazakhstan during the Soviet period.

Then 2 associations, and extraction of uranium - 11 mine administrations were engaged in search of uranium fields. Then entry of Kazakhstan into the world uranium market after the collapse of the USSR has demanded creation in 1997 of the uniform national operator - the National atomic company "Kazatomprom" which provides control and management of all financial, production and commodity resources of uranium branch.

"Today Kazakhstan is interested not only in production and supply of natural uranium, but also in production and sale of uranium production of more advanced processing. Advantages of the chosen direction are development of technologies for creation of a product with high value added, expansion of the export potential, a possibility of the offer of a complex product in the global market and development of new sales channels. Therefore today it is necessary to strengthen work on the key directions of further development of the uranium industry," Gleb Shchegelsky told.

Majilismen has noted that it is necessary to keep the leading positions in the world market of natural uranium taking into account an environment of the world market of uranium; to provide conducting search and estimated, exploration works with the purpose of expansion of mineral resources and explored reserves of uranium.

At the same time to strengthen the state control and increase in a share of presence of Kazatomprom over stocks and resources of uranium of Kazakhstan, assets of the uranium enterprises, marketing and export of uranium, to deepen specializations of Kazakhstan in the atomic industry for creation of unique production and services of advanced processing on all links of a production and marketing chain.

Gleb Shchegelsky has reminded that in the Strategic development plan of Kazakhstan 2020 one of strategic objectives in the sphere of power is creation of vertically integrated company, diversified in all stages of a doreaktorny nuclear and fuel cycle as the leading world supplier of natural uranium and the regional supplier of nuclear fuel and its components for the NPP.

"According to experts, implementation of the program of creation of the domestic vertically integrated company will allow to triple the cost of its end products. Today for our country there is a task to pass from the leading supplier of uranium raw materials into one of key players of the world market of nuclear fuel by introduction of high stages of processing of uranium and production of nuclear production with high value added," he added.

In this regard deputies recommended to the government to accelerate implementation of all projects directed to completion of formation of vertically integrated nuclear industry complex.

The article is taken from http://bnews.kz/en/analysis/reviews/kazakhstan_nuclear_industry_status_problems_prospects