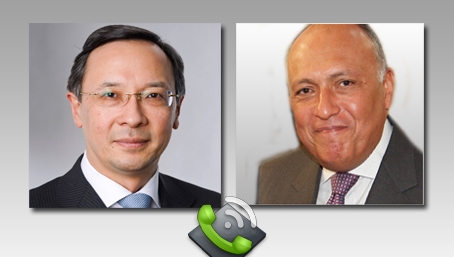 Telephone conversation took place the day before, in the evening on July 27, at the initiative of the Kazakhstan side.

Kazakhstan expects from the Egyptian authorities the detailed information about the reasons of detention and a location of young people at present and also is interested in a status of their health, K. Abdrakhmanov said. It is necessary to organize access for the consul of Embassy of Kazakhstan to all detainees.

S. Shukri assured of complete understanding and validity of the questions posed and promised to render the maximum assistance in their decision.

During the conversation ministers also discussed successful development of political, trade and economic and cultural and humanitarian cooperation between two states foundation of which was laid during the summits.

We will remind, two days ago six Kazakhstan citizens, two of them are Kanat Berik and Elaman Zhazylkhan were gone in Egypt. Young people went to a language course which they did not start. The trip was sponsored by Qatar charity foundation.

The article is taken from http://bnews.kz/en

More in this category: « B. Musin: Working conditions according to the European standards are created to prosecutors Nazarbayev named Honorary Chairman of Supreme Eurasian Economic Council »
back to top
FaLang translation system by Faboba